Two fighters take to the cage seeking nothing less than a dominant win, with Kebrom Gebregiorigis facing Charlie Harris in a Glory Rules Kickboxing match at Victory Fights 5. 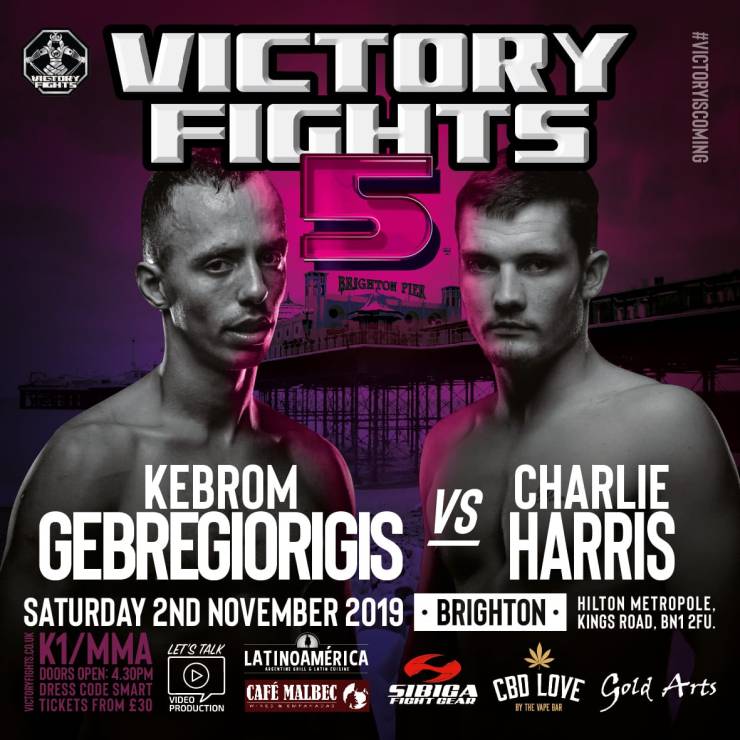 Kebrom Gebregiorigis brings a tenacious and unorthadox fighting style to the cage, a style that often throws competitors off their game. Gebregiorigis, of Kenshiro Muay Thai, is an active pressure fighter who is sure to test Harris’ cardio.

We’ve seen Charlie Harris at Victory Fights a couple of times now and know that he can deliver knock out power, with a TKO on his first appearance at our event. Harris is a confident fighter who comes seeking the KO, not just the win. Fighting out of Backstreet Dojo, expect strength and aggression from a fighter who knows how to rock his opponents.

Charlie Harris promises us more in his next appearance during his post fight interview at Victory Fights 3:

Support your team mate and support local athletes – buy your tickets to Victory Fights 5 before they sell out!