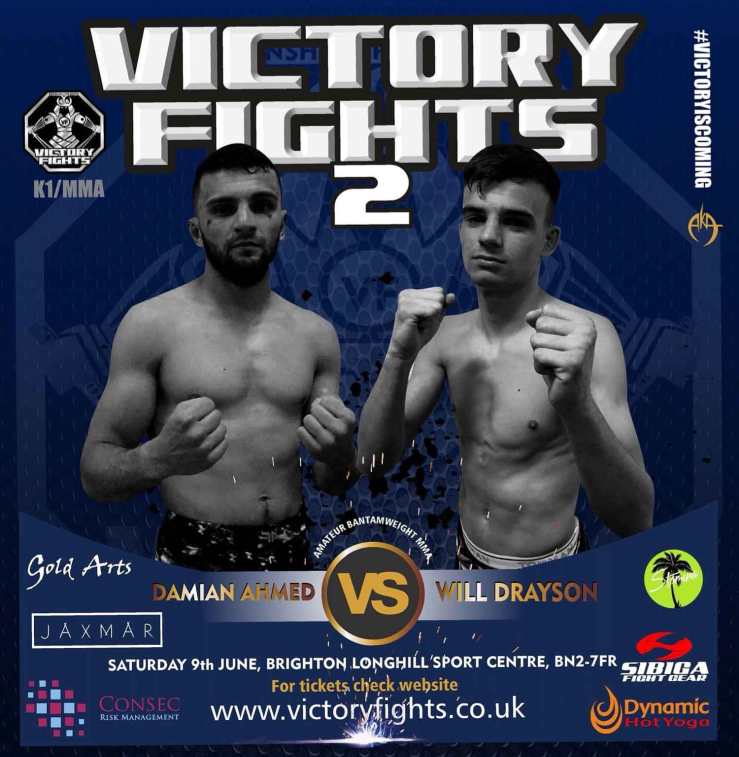 Damian Ahmed fights out of New Wave Academy with a record of 1-0. He is a well rounded Bantamweight with aggressive, powerful strikes. Expect him to showcase great takedowns and strong top control.

Will Drayson fights out of Mavericks Gym, an affiliate gym of IMBJJ. He is undefeated at 3-0 and the current Shock N Awe Flyweight Champion. Drayson has slick submission skills and steps up a weight class to take on his opponent at Victory Fights.

Watch this and other great K1, MMA and boxing match ups at Victory Fights in Brighton, Sussex. Get your tickets before they sell out!