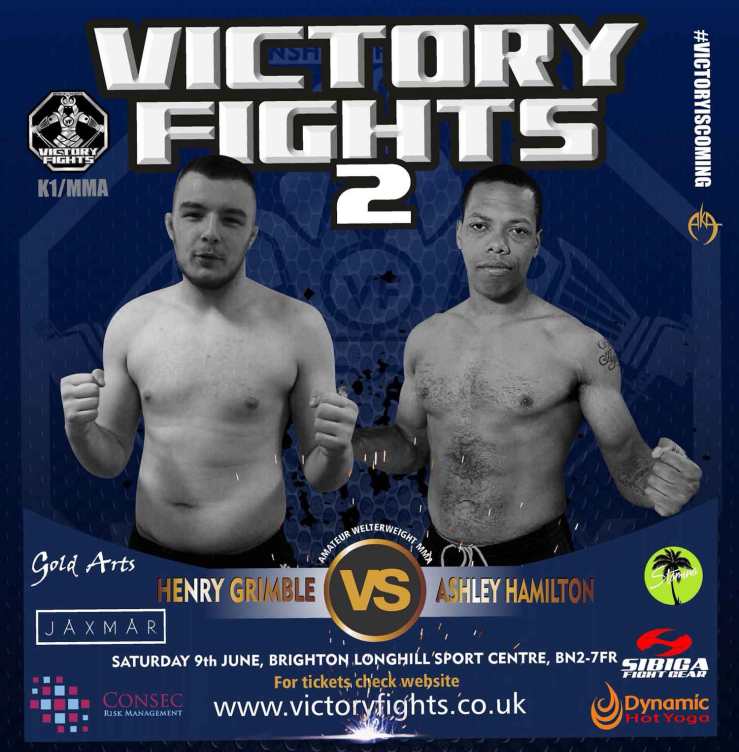 Grimble is a BJJ purple belt but brings good striking to the cage too. He represents Mavericks in Guildford and IMBJJ. Grimble has fought at Heavyweight, Light Heavy, Middleweight and now cuts down to Welterweight.

Hamilton, fighting out of New Wave Academy in South London, claims a samurai state of mind. He is a well rounded fighter, however he prefers striking and has experience in fighting K1.

So which warrior will emerge the victor? Buy your tickets for Victory Fights 2 now.