A hungry challenger makes his pro MMA debut… but can he take the win from a more experienced opponent? Two strong contenders go head to head at Victory Fights… 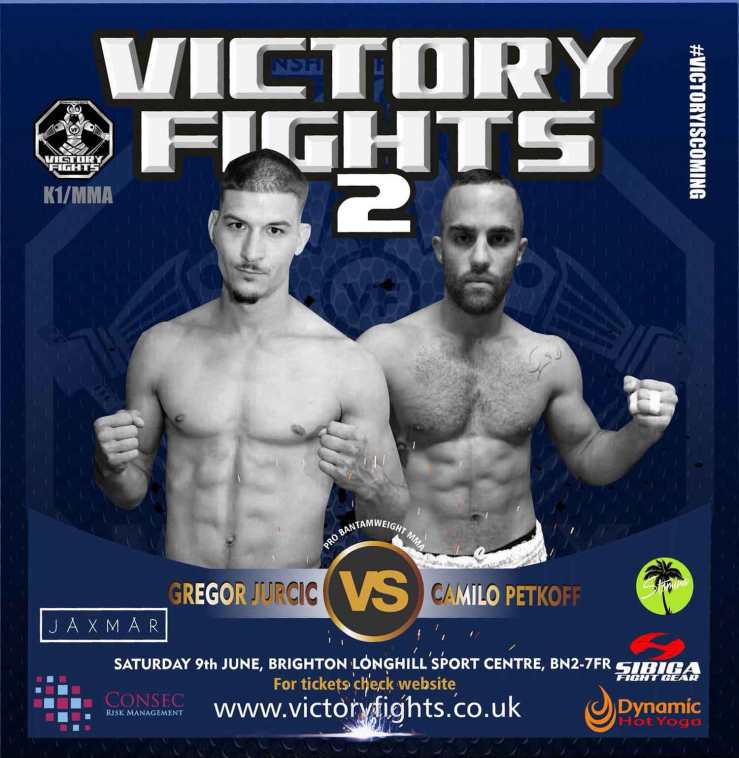 Gregor Juric is a seasoned amateur making his pro debut off the back of recently winning a fight in Gibraltar. Juric is another up-and-coming fighter from the NFM Windsor stable. From Slovenia, this bantamweight is tall and lean for the weight and brings forth a well rounded MMA game.

So with such well matched styles of fighting, which man will emerge victorious? Who will you be supporting on the night? Get your tickets now before they are sold out!